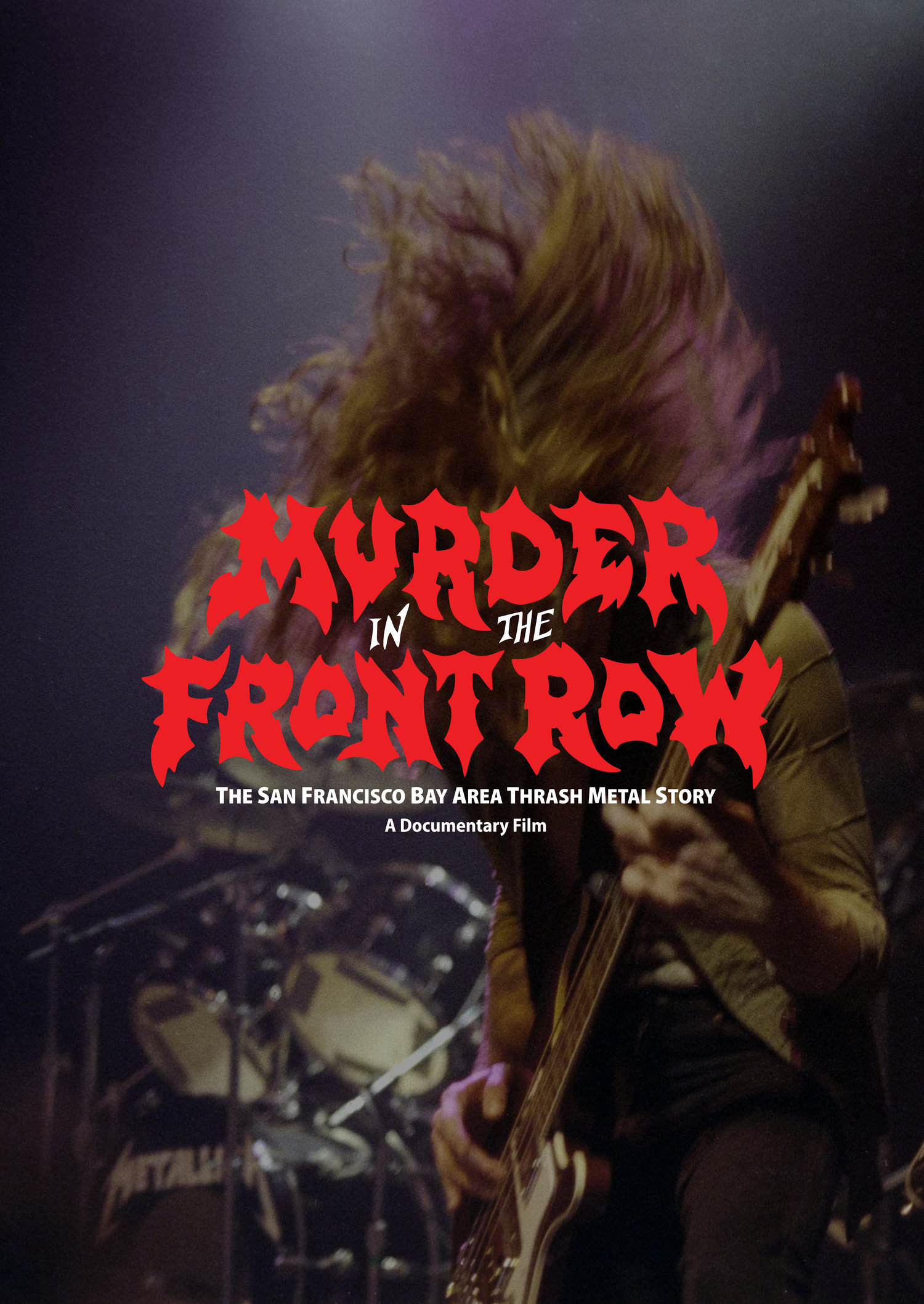 “Murder In The Front Row engages the emotions rather than the intellect and gets by largely on warmth and humanity… Dubin and his impressive cast of talking heads manage to convey the delinquent energy of the scene and celebrate the often extraordinary personalities who drove it.” – The Wire

New York, NY (February 6, 2020) – Murder In The Front Row: The San Francisco Bay Area Trash Metal Story has today announced a physical and digital release date of April 24 via MVD on DVD, Deluxe DVD, 4K and HD. New bonus material from the documentary is now available, as well as a Q&A with director Adam Dubin in Rolling Stone.

Murder In The Front Row premiered in spring 2019 during SF Doc Fest before embarking on a run of screening dates across at Alamo Drafthouses, art-house cinemas, music venues, and film festivals across the U.S. and abroad. The film garnered praise from publications such as The Wire, The Playlist, and San Francisco Chronicle. It made Artform’s Best of 2019 list, which opined, “Dubin’s film is a visceral document of the scene’s blistering early-’80s heyday. Come for the warp-speed lickery; stay for the sense of community that transcends genre and time.”

Directed by Adam Dubin (Beastie Boys “Fight For Your Right To Party” & “No Sleep ‘Til Brooklyn”), the film contains over fifty interviews with various metal stalwarts, including Metallica, Megadeth, Slayer, Anthrax, Exodus, Testament, and Death Angel. It tells larger-than-life stories through a mix of first-person interviews, animation, and narration by comedian Brian Posehn.

Narratively, MITFR follows the story of a group of young kids in Northern California with a shared passion for heavy rock bands like UFO, Iron Maiden, and Motorhead. “These are just good stories, and they are very human stories,” Dubin said. “All these bands were mainly from England, and they never really toured the West Coast, so these young people started creating their own music, starting their own fanzines, booking clubs and trading tapes. These were people who were adamant about music and the bands, but also each other.”

During an interview with Rolling Stone, Dubin explained what he hopes viewers will take away from the documentary. “I feel that Murder In The Front Row is a first-hand look at an important music scene on par with the blues explosion in swinging London in the 1960s or New York City punk in the 1970s,” he said. “The film is musical but also historical. One thing that I noticed when I attended screenings of the movie was that parents who had grown up loving metal music brought their kids as a sort of metal history lesson. That’s a great thing! I hope that people will use Murder In The Front Row as a way of connecting with the music and each other. In a way, that’s what the Bay Area scene was all about!”