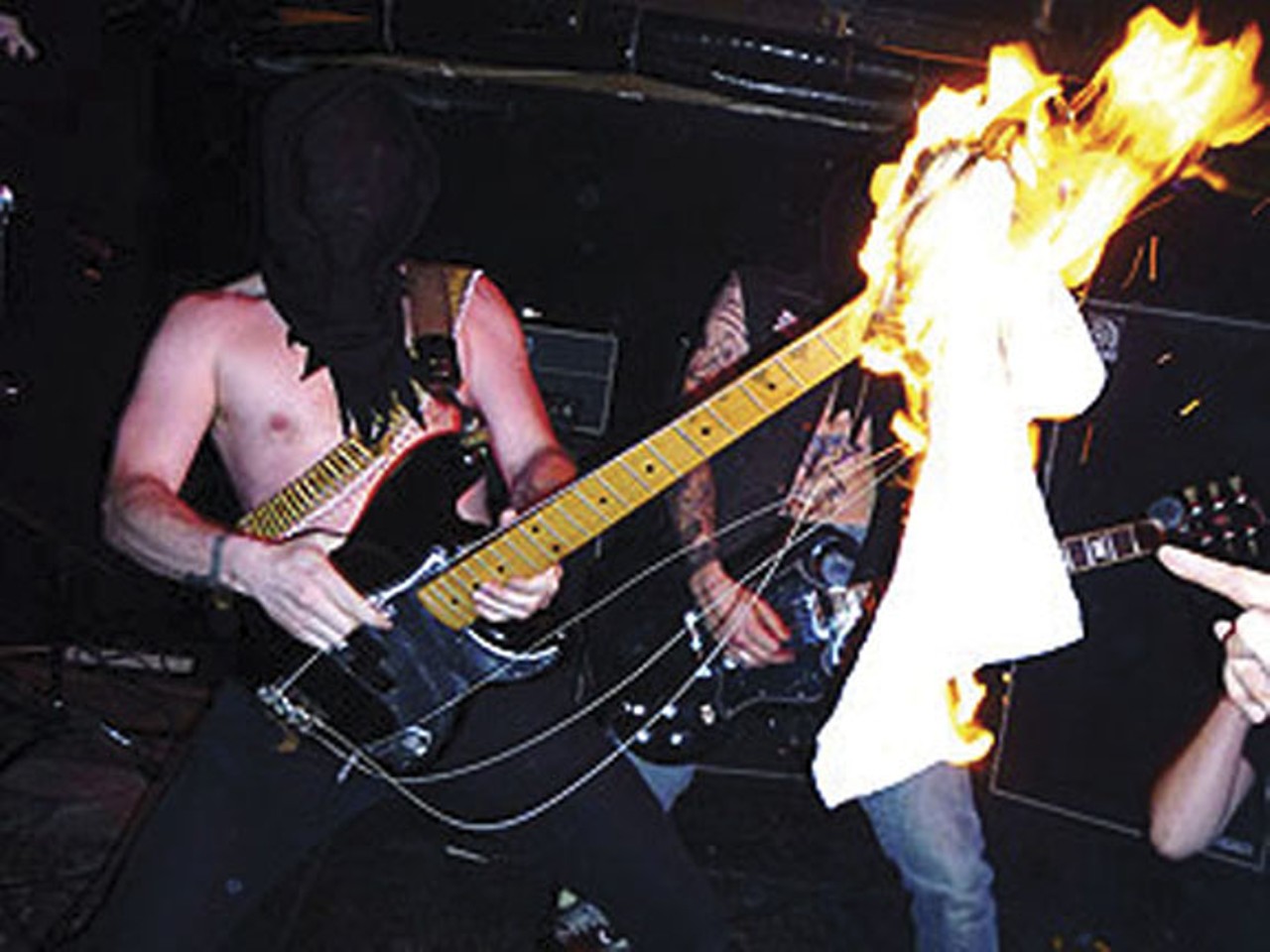 We are days away from the SOLD OUT Nocturnal Intrusion tour with Midnight/ BAT at Union. As per tradition, we’ve invited the artist to take over BFB radio. Athenar of midnight has put together a playlist that is anything but traditional. Its eclectic, diverse and out there, but most importantly it’s a total banger meant to played while engaging in your worst behavior. He shares a bit of insight on each tune, and we hope you all take notes. For all those smart enough to have scored tickets early on, we’ll see you Sunday.  BORN FOR BURNING PRESENTS: MIDNIGHT

BLACK OAK ARKANSAS- the big one is still coming (again thinking of California. I like the fact that david lee roth actually asked jim dandy if he could steal his act. I hope that’s a true story!)

ELECTRIC EELS- agitated (I doesn’t get much rawer and stupider than this. figures it’s from ohio.)

LOVE- the red telephone (getting back to the topic of los angeles area wackos, criminals, drug users and genius.)

THE KINKS- mindless child of motherhood (believe it or not the kinks have other tunes not titled you really got me. this one written by dave davies)

T-REX- calling all destroyers (a very simple song that drips attitude. he definitely was not trying to out riff trey azagathoth)

SHANNON- let the music play (don’t let this one scare you! it’ll be stuck in your head for months. the rhythm is an unstoppable/ force!)

JERRY LEE LEWIS- high school confidential/live at the star club 1964. (this version is so hopped up you can practically hear the band popping black beautys as they’re playing. by the time the tune ends it’s twice the speed as when it started.)

IKE AND TINA TURNER- contact high (while on the topic of drug use. great tune by my favorite woman abuser. by the way when will stadiums stop playing rock and roll part2 so thousands of people don’t have to sing along to a child molester?)

SUBHUMANS- fuck you (just a great tune that says so much with so little.)

RICK JAMES- hard to get (one of the sleaziest performers I’ve had the opportunity to witness.)

STARZ- nightcrawler (fantastic lyrics and probably the best album you’ll find in the dollar bin. pick it up,
you’ve spent a dollar on much worse things.)

SLY AND THE FAMILY STONE- don’t burn baby (had the west coast in mind and burn in the title, why not?)

PINK FLOYD – Lucifer sam (i was gonna pick another brick in the wall, kidding of course. this has Lucifer in the title!)

TORONTO- break down the barricade (amazing voice and wrote huge hits for heart. another dollar bin record you should not pass up)

ROXY MUSIC- both ends burning (it has burning in the title and is a incredible tune.)

JOHN FOGERTY- mr.greed (an overlooked tune from the very popular centerfield lp. he sounds so fucking pissed on this song. you’d think somebody ripped him off of millions of dollars or something?)

THE MUSIC MACHINE- talk talk (more los angeles bands dressed in black. that down tuned guitar is so damned gross.)

IGGY POP/JAMES WILLIAMSON- beyond the law (the kill city album doesn’t get the credit it deserves. whole album is awesome, especially late at night.)

FUN THINGS- savage (not really sure why this is on the list other than it gets you fucking jacked up every time you hear it.)

DARK ANGEL – the burning of Sodom (had to have a tune that stuck out like a sore thumb. it also has burning in the title.) 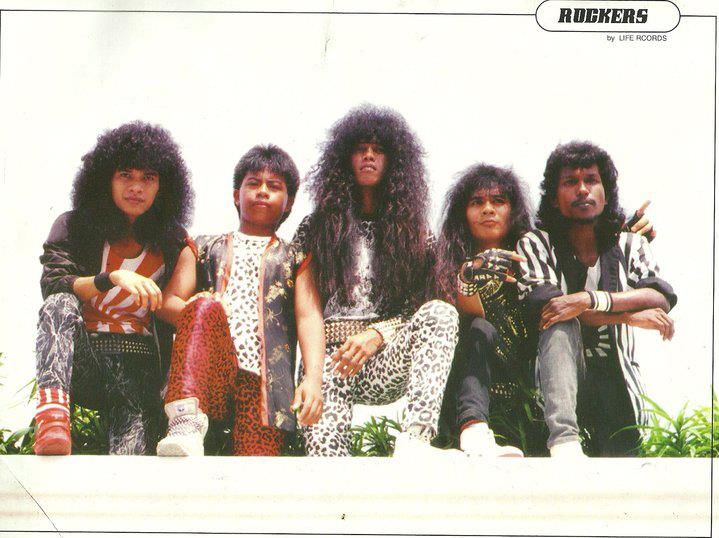 Big hair, big shades, bad style, and some of the best low-fi Heavy metal played with total conviction; all this combined together to give us the criminally underrated and overlooked South East Asian heavy Metal scene during the 80s. We’re here to help spread the SEA Heavy Metal disease to you, and to help us, we conspired with an expert and a crucial mover within the current SEA scene today, Iwan Uchida of Lobotomy/Nightwolf. He put together the playlist, and gives us the breakdown and quick history of each band. Born For Burning presents: TOTAL SOUTH EAST ASIA STEEL

“Hello There.Thanks to Heabymetawhunta for inviting me to be a part of this.Im Iwan Uchida from
Malaysia.Im doing work as freelancer in here..im a guitarist for Speed Metal band LOBOTOMY and
Bassist/Vocal(Now guitar/Vocal) for Black/Heavy Metal band NIGHTWOLF and i do play with some
other bands in my past.Here i will share to you my Playlist from some 80s/early 90s rare&obscure Heavy/Speed
Metal band that came from South East Asia while i know everyone is busy praising Obscure Japanese
Heavy Metal nowdays(Including me haha) but its really pleassure to share to all of you some tunes
from South East Asia country like Malaysia/SIngapore/Indonesia.Hopefully you will enjoy it!

The Heavy Metal scene in Malaysia start already in early 80’s and probably dead in early 90’s.
Playlist that i share this time for BORN FOR BURNING is my personal choice.SAXO/BABYLON/TERAS/VILLOSA
RUSTY BLADE/JUNCTION/WHITESTEEL is my most fav.some of them still active..some are going commercial
BUT this time i want to pretend that it never
happen and i just look at how good they are in their early days.HEAVY METAL IS TIMELESS !!”

1-Ababil-Ababil. Before Ababil the band name was called History..formed in 1989
and release only one album(Self title) on that time and split up later.

2-Babylon-Metal Fire. From the first album.The Band originally formed in 1981 but they release only 2 albums
almost 10 years later in 1990 and second in 1992.The most
unique about the band is the vocal and the guitarist are
twin brothers and most important members of the band.one of
Malaysian Heavy Metal band that wrote a lyric in English.

3-Crossfire-Balasan.Traditional Heavy Metal style!Formed in 1989 and release 6 studio album
but i’ll prefer the first three album are the best for me!Song taken
from their second album in 1990.

4-Dilla Hussien-Angau. Lee Aaron influence!Before going solo she had a band called Son Of Adam but
she doing it better after going solo in early 90’s.

5-Junction-11LA. Best Nwobhm/Traditional Heavy Metal!Formed in 1985 and release 3 albums.The last
album is the best and here’s the track from their third album!

6-Justice-Pribumi.close to Nwobhm!Originally from Singapore formed in 1988 and release two albums
before split up in 1992.

8-Mel Shandy&Metal Boyz-Ngeri. The only Heavy Metal band from Indonesia that i put in the Playlist.
Already formed in 1986 and this is my most fav track from them.
Great Traditional Japanese Heavy Metal style!

9-Metalian-Kabus.Another close to Nwobhm.Metalian Formed in 1980 but still with some 70’s
Hardrock influence on that time but change the style later and release two albums
later in 1987 and 1988.

10-Riyadh-Kutukan Talibarut.Release only one album in 1988.Nothing much to tell about this band
cause their are short live band.but even only one album this is the best
from them!

11-Rockers-Dukun. If US got RIOT.Then Singapore got ROCKERS!One of best Heavy/Speed Metal from Singapore
This taken from their last Album cause this is the best album their ever made!totally
Heavy speed as fuck!they release 4 albums and the first 3 albums also great but the last
album is the best!Formed in 1979 using the name KILLING MACHINE before change to ROCKERS!

12-Rusty Blade-Wira. Another one from Singapore.Singapore IRON MAIDEN?yes!and this is one of GEZOL and
NEAL TANAKA personal Favourite band!Formed in 1985 and release 4 album!
highly Recommend!

13-Saxo-Tak Kalah. Probably one of the earliest Speed/Thrash Metal from Malaysia that formed in 1984
and release only 1 album in 1990 and one of Masterpiece album that should have!
Before that in 1988 their have release one compilation track.My most personal fav!

14-Sofea-Dewi Khayalan. Malaysian WASP??Orgininally formed in 1978 known as SYJ before change to SOFEA.big influence
from WASP and early Motley Crue.totally wild on stage!this is my fav track from
them but dont be surprise cause they already doing WASP cover in their second
album but in malay lyric back in 1988! here is the link https://www.youtube.com/watch?v=kVyrgvG2xYE

16-Stroyer-Pemusnah. Short live band formed around 1987/1988 and release only compilation track.They should
do it more.

17-Sweet Charity-Penunggu. Formed in 1967 in Singapore and one of the earliest heaviest band that ever exist on that time.
Malaysian early proto Doom Metal?If you are into Black Sabbath/Iron
Claw/Lucifer Friend/The Black Cat Bones then you should hear this!

19-Villosa-Pocong. Formed in 1989 and release only one album in 1991.Very unique Heavy/Speed Metal Style!

20-Whitesteel-Sengketa. another best Nwobhm style by Whitesteel!Formed in 1985 but never release any album
only two compilation ep.The band split up in 1988 and later the vocal going solo. 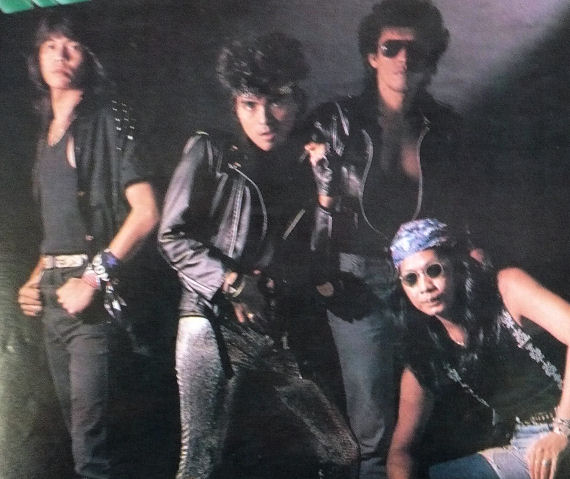 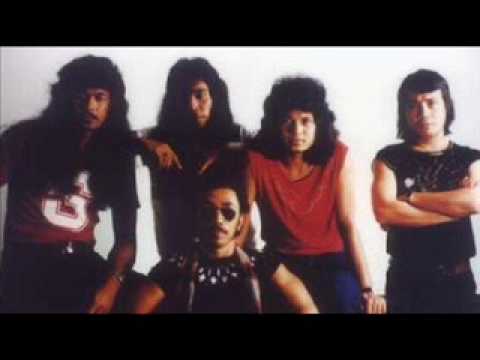 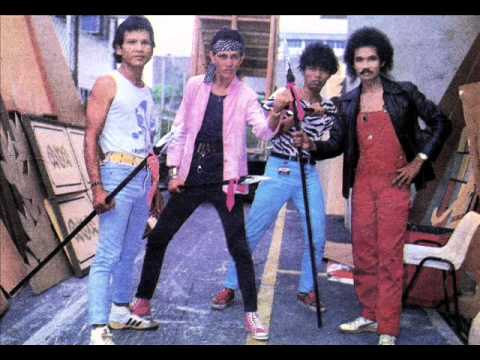 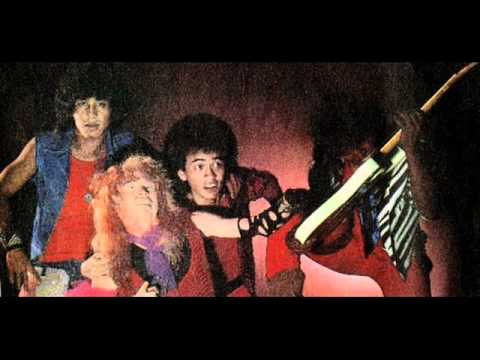 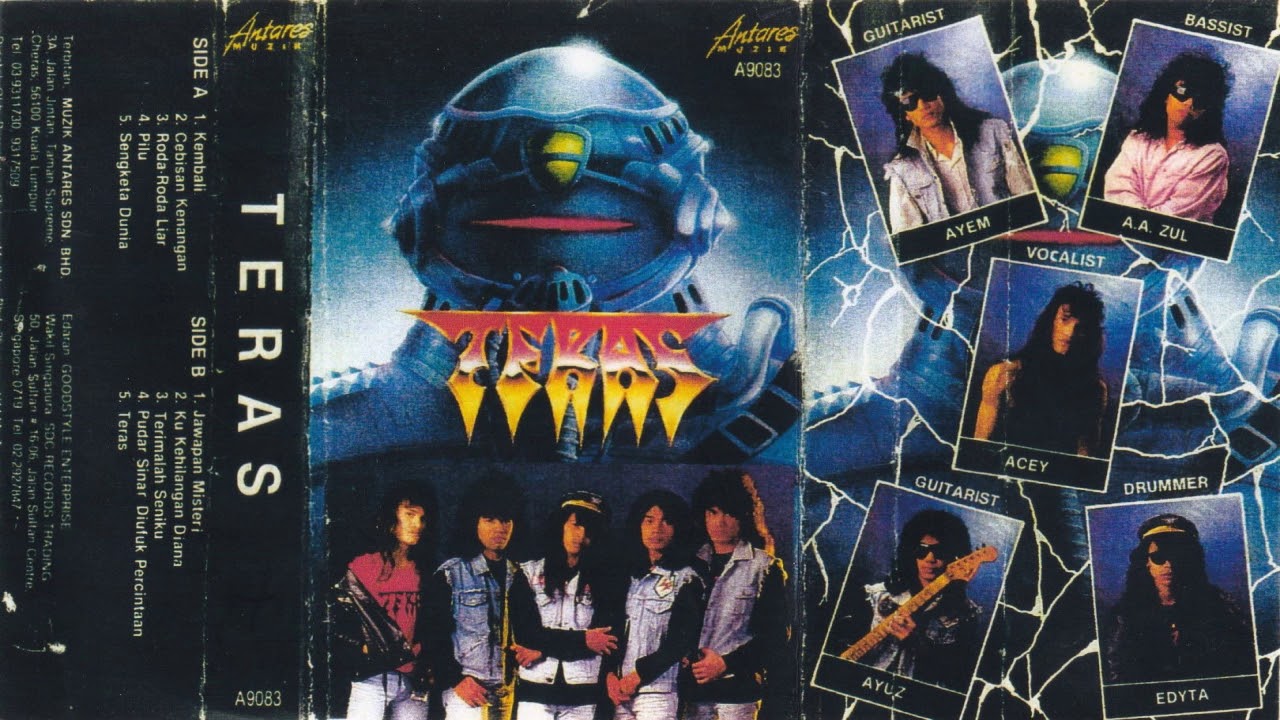 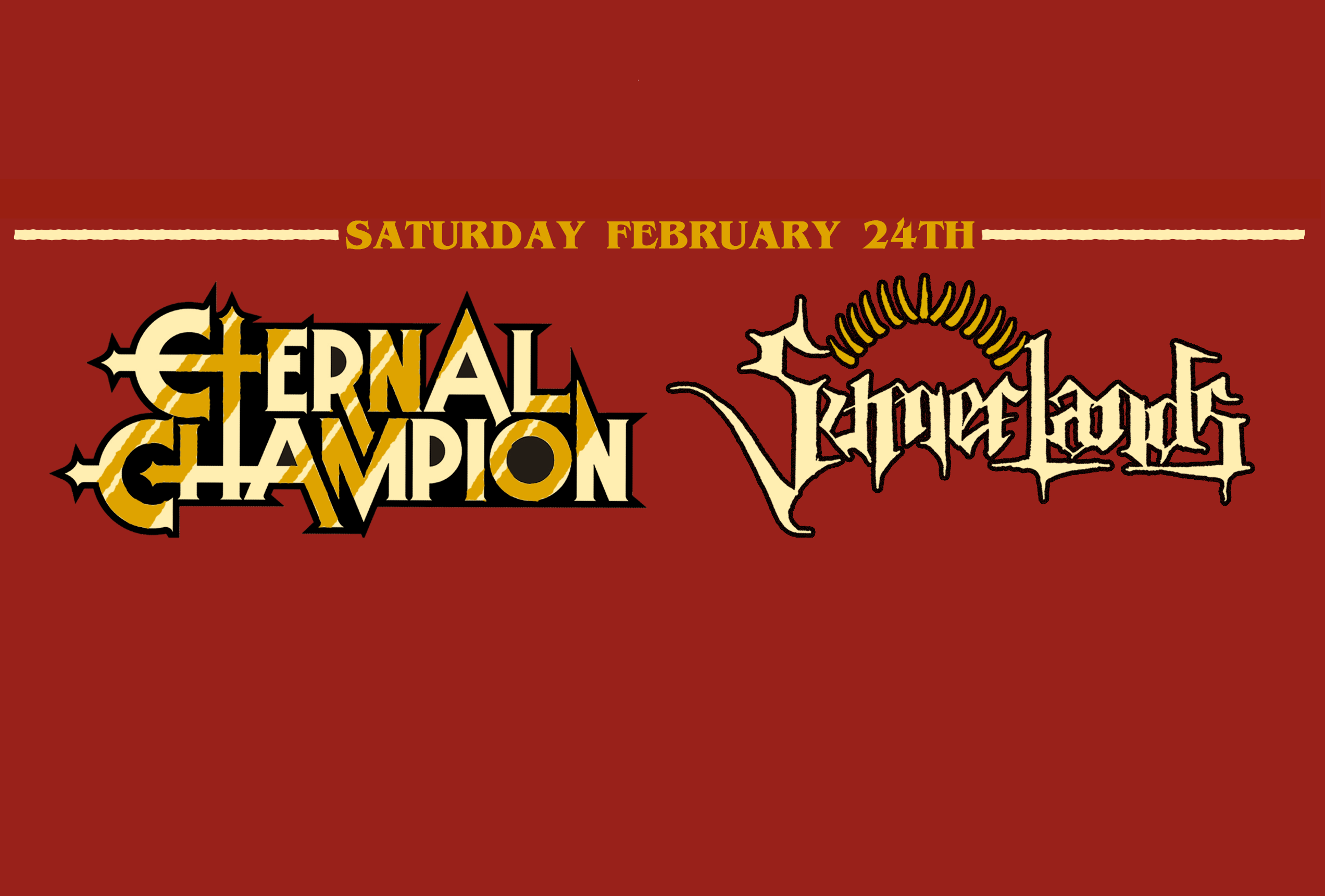 HEAVY METAL MANIA THIS SATURDAY! This one has been a long time in the making, and we are very exicted that the date is almost here. Tickets are almost sold out, so if you’re waiting to pull the trigger, consider this your last warning. Eternal Champion and Sumerlands have put a playlist together to hold your heavy  metal appetite at bay until then. WE WILL SEE YOU MANIACS SATURDAY! BORN FOR BURNING PRESENTS: ETERNAL CHAMPION + SUMERLANDS 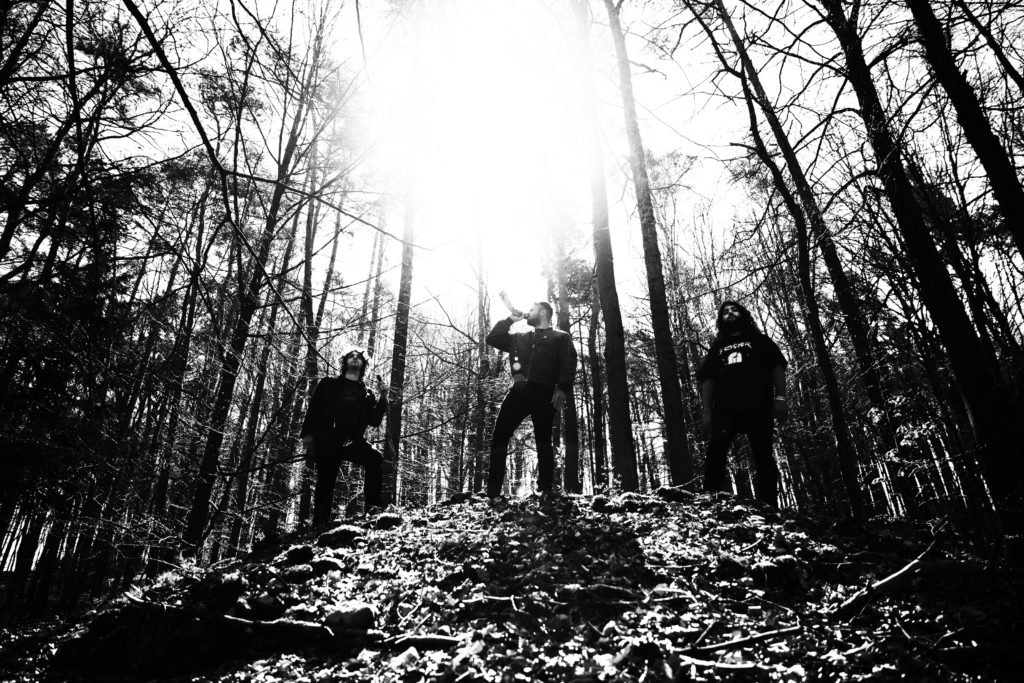 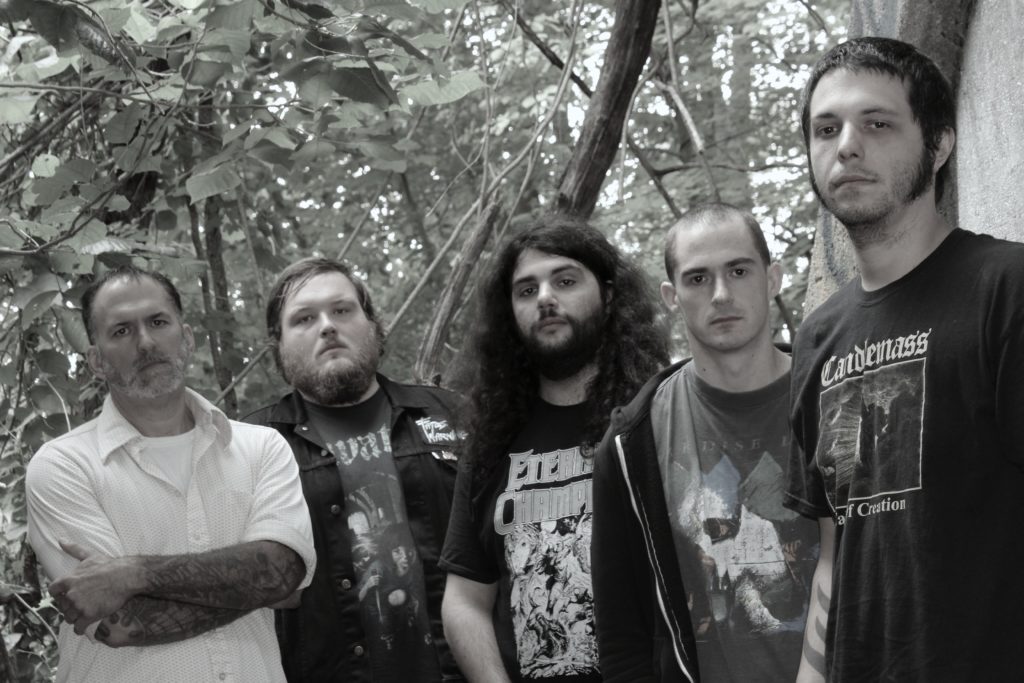 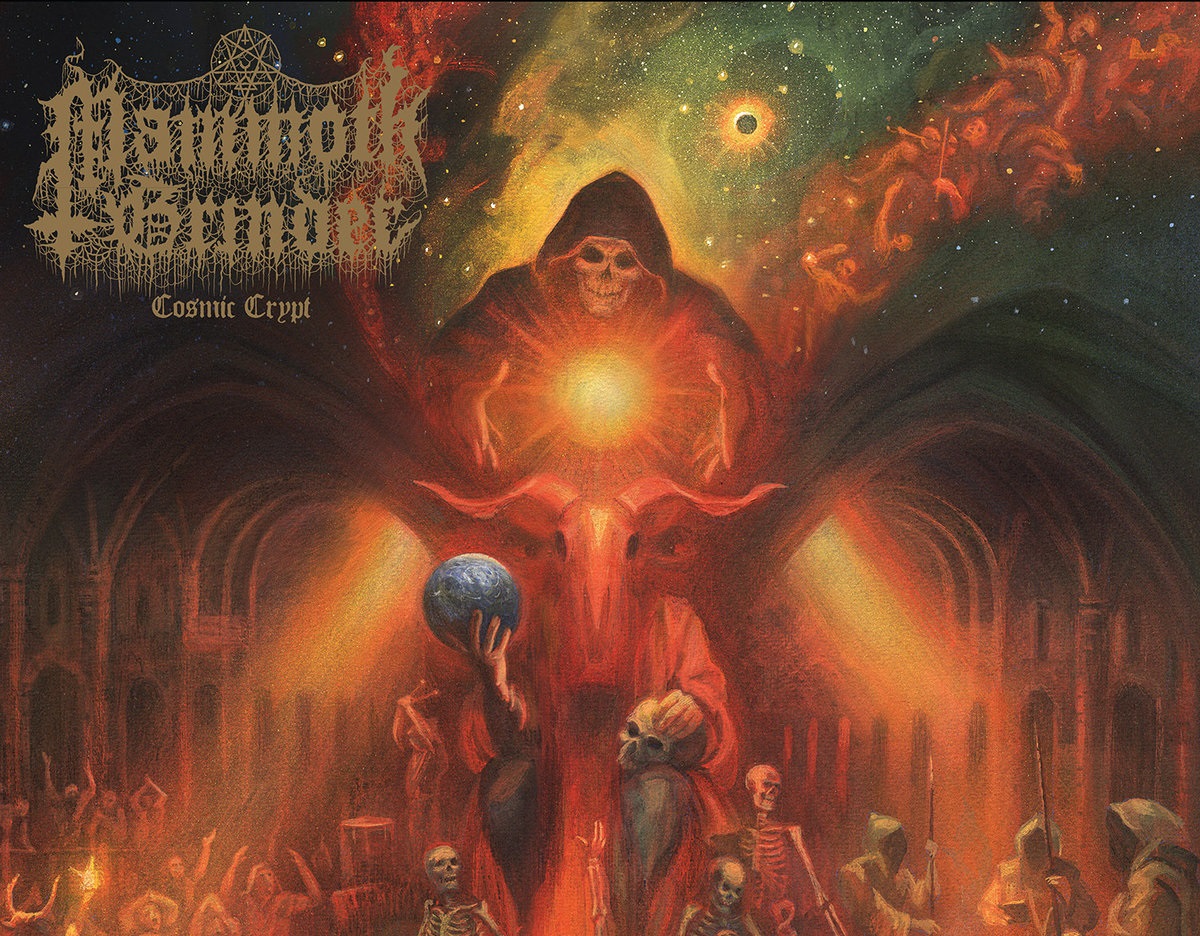 Hot on the heels of their latest 2018 release “Cosmic Crypt”, Mammoth Grinder bring their distinct brand of Death Metal to the Resident this Friday. They take over Born For Burning Radio, and shine some light on influences which have shaped their sound. Chris Ulsh: “Here’s some of my favorite songs from around the time we were trying to figure out what we wanted the band to sound like – a good mix of death metal riffing with the urgency of punks heavier moments.” We have to agree that sentiment is backed up by hard and heavy evidence. Play loud as hell, and we’ll see you maniacs soon. 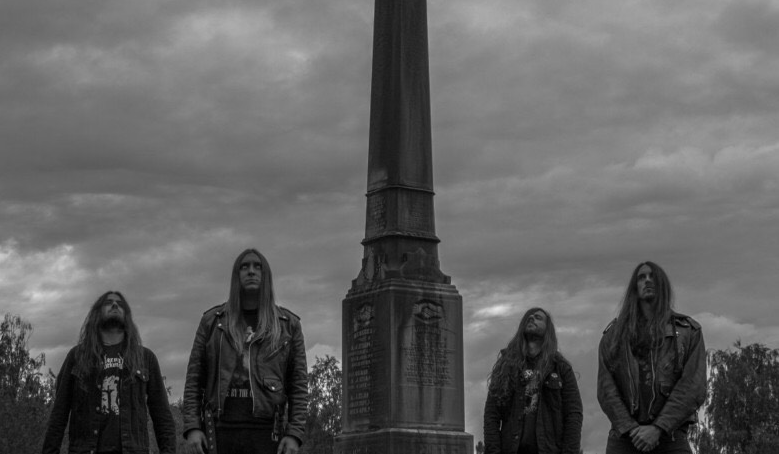 We are 7 days away from a death metal overdose w/ Mortiferum, Fetid, Ensepulcher and Crematory Stench at The Resident in DTLA. Pre-sale tickets are available online for $6, or at the door for $10. As custom, we had a radio takeover — Fetid + Mortiferum put together a playlist with a excessive emphasis on all things dead and disgusting. We’ll see you maniacs next week. Born for Burning Radio presents: Fetid + Mortiferum

“These are a selection of deadly tracks for your aural decimation. Hope you enjoy listening while they REEK THROUGH OUT YOUR CRANIAL TOMB!” 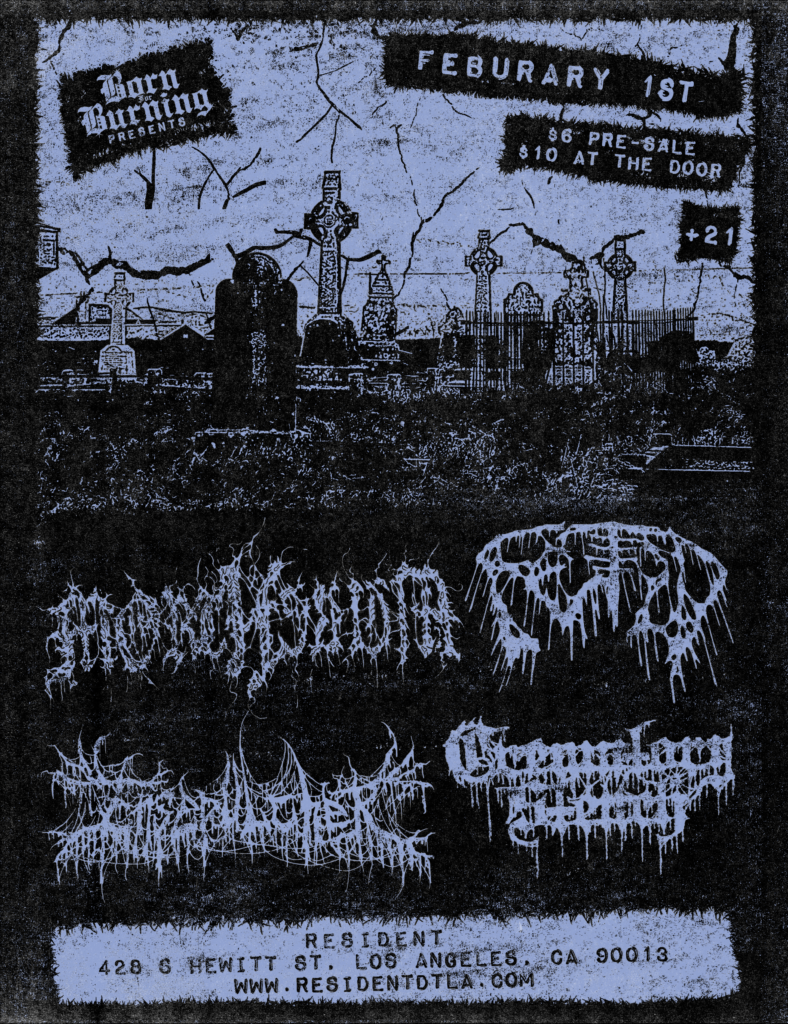