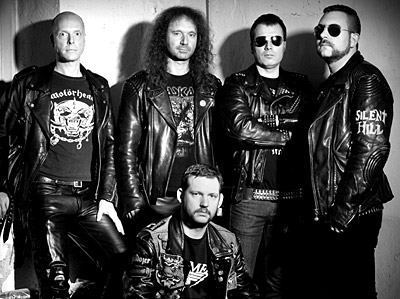 Teutonic Knights Elizablumi and Mamonohunter have been opening fire on posers and wimps for nearly 2 decades in Metal Inquisitor and in the German incarnation of Metalucifer. They take over Born For Burning Radio to answer some questions, burst your speakers and bang the head that doesn’t bang. As always, PLAY LOUD! PLAY PROUD! NO WIMPS!

Born For Burning: How did your involvement in Metaluficer begin for both of you? How does the recording process go as far as creative say, production etc, and how much overview did Gezol have over the German recordings? Also, having Heavy Metal Bulldozer recorded in 3 different versions, which version do you like best? (be honest here, pretty sure Gezol won’t be reading this, ha!)

Blumi: Actually at Heavy Metal Bulldozer there wasn’t another German release in plan. But I told to Gezol that we really would like to be part on that album. So we got creative alone and tried to make our own Interpretation of the album. But in the same way we also tried to not deviate too much from the original.

Mamono: Heavy Metal Bulldozer was actually my first professional studio album. I was honored when blumi asked me to join. I didn´t have much creative say during the project but that was totaly ok for since I was new to the band and never had recorded anything. Here and there I could adjust the basslines a bit but that was it. I think I like the German version a little bit more than the Japanese because it has a little more drive to it in my opinion.

BFB: Whats going on in the Metal Inquistor camp? You guys have been keeping it true and free of bullshit trends since ’98, and with Ultima Ratio Regis turning a little bit over two years now, whats next?

B : From now on we will work on the next album and from my view I can say that our the next release will be build on the previous release. This time T.P. will contribute many songs there as well.

M: As Blumi said we are currently working on a new album. I wouldn´t mind going back to a more traditional NWOBHM sound but at the moment everything is open to change. Especially with TP bringing in his ideas which are a bit different. With URR it was a long process as well and songs changed completely during writing sessions so there is no way I could say in which way it´s going haha… Just sit back enjoy the ride and hope for the best.

BFB: Im glad you included that Opium Trail song. If you hadn’t put it in there, I would have. Total banger that gets heavy rotation on my speakers. Was pleasantly surprised when I ran across that record locally and saw Blumi on the back of it(you need to bring that Samson-era Bruce mustache back by the way) How is that project going? Is there something else in the works?

B : “Opium Trail” is in my opinion the best song of the self-titled 12″ EP. I remember that I wasnt so happy about the whole composition because it includes too many different parts. But at the end this is it exactly what makes the song special. Right now we recorded a full length album which will be called “Manifestation”. The line up is now just German and we recorded it in a professional Studio. About Samson indeed I got a typical song in my archives but I’m not sure if this suitable for Midnight Rider. [no mention of return of ‘stash, but were hopeful here at BFB]

M: The recording for the album were tough. With Mersus we found the right guy to help us produce a nice piece of art. He really pushes you to your limits. Our drummer Jan was really run through when he was finished with his parts and I had to use Ice Spray for my sore fingers on regular basis to be able to continue playing. Unfortunate Jan was not able to stay with us but we have found a good drummer in Tim. We will have our first live gig in November at the 20th annyversary of the Hellbangers Moselfranken.

BFB: Could you two elaborate on the playlist you chose? Is this music that gets played for inspiration, heavy metal club meets, shooting off some rounds on your m4-a1? Im surprised I didn’t see Formel 1 coming from Mamono. You introduced me to that band years ago, I never got to thank you for that!

B : My playlist is for example about music that I rediscovered recently. To the song “Paperchaser” Ive been listening many years ago and found it last week again on the last release of Exxcalibur from Germany. What a great song and absolutely British.

M: My playlist consists of some evergreens which I never get tired hearing and some songs from bands of which I think they are underrated. Also I wanted to promote my other band Deathfist a little bit. We also recorded our album at the same studio as we did with Midnight Rider. I usually don´t use my M4-A1 that much because ammo is expensive in Germany. But yes these songs usually come around when I am working out or go out for a night of drinking and carnage. Actually these songs fit in everywhere in daily life for me. Hey and no problem because of Formel 1 haha. Great band! I was thinking a lot about them and if I want them on the list but then I thought it was maybe a bit too German for an English audience. But if you already wondered, I would like to add “Edelrocker” because its the story of almost every young Metalhead that is told with this song.

Mamono:
Acid – Max Overload
Bolt Thrower – Those once loyal
Yes – Roundabout
Sign Of The Jackal – Head Over Heels
Mercyful Fate – Curse Of The Pharaohs
Deathfist – Hell Is Here
Ratt – Body Talk
Satan – Testimony
Sabbat (Jpn) – Darkness and Evil
Metal Inquisitor – Daze Of Avalon (Since I started out as a Fan, I still am, sort of.) 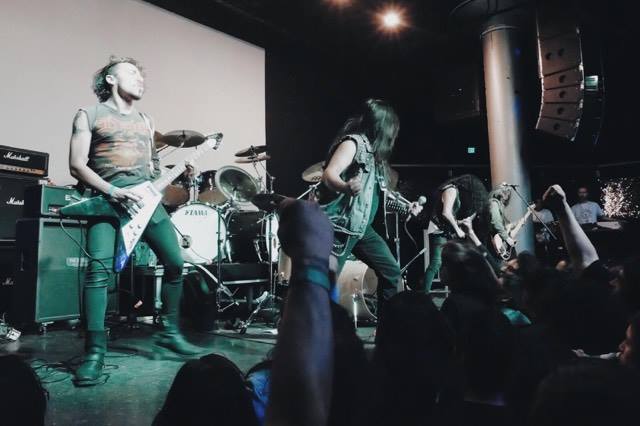 The heavy metal cult is alive and well in 2017, and Born for Burning is poised to prove it. We proudly bring you 4 acts together from across the continent: Occult bangers Spell and tourmates Witchstone bring their tour to Los Angeles from B.C. Canada, while Voltax brings your the Acero Inmortal all the way Mexico city. LA natives Blade Killer wrap up the bill to ensure you get your over dosage of heavy metal.

We invited the bad hombres in Voltax to share a playlist of heavy tunes to prepare your ears for the heavy metal overdose.  PLAY LOUD, PLAY PROUD. “NO RETREAT, YOU SURRENDER” 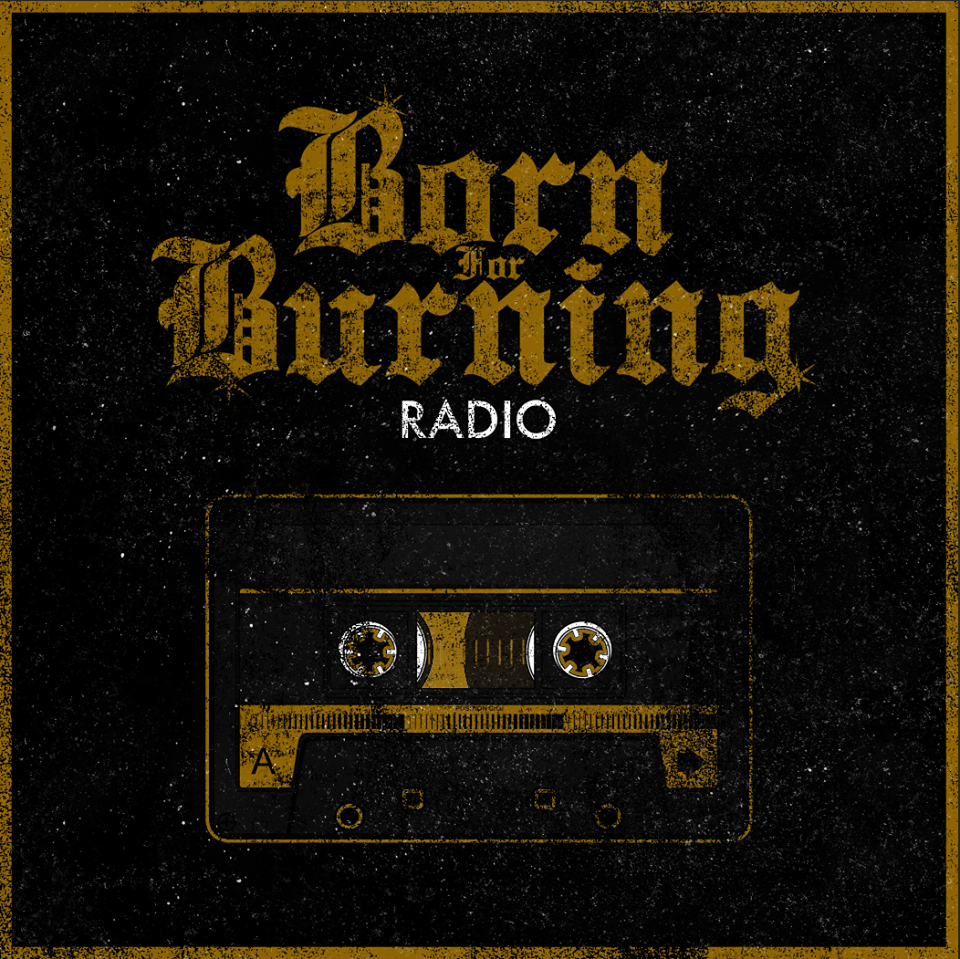 Hot on the heels of Obliteration, we bring you the next installment of Born For Burning radio. We have been very busy as of late (with a few treats for all of you this upcoming year) but Born For Burning Radio will from now on appear consistently every 2 weeks. If there’s any request, complaints or suggestions, please write them down and mail them to your mom. She might care, but we don’t. 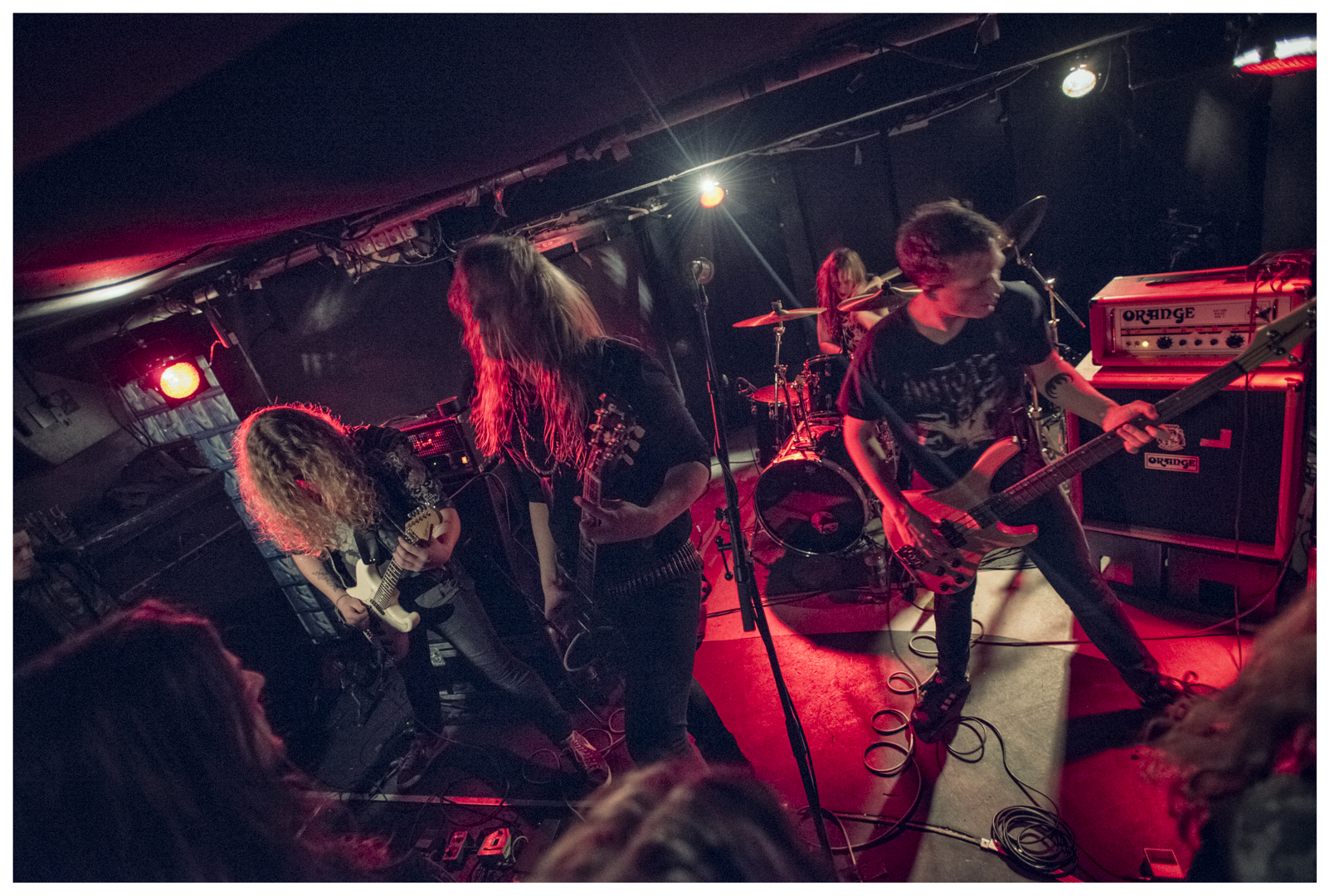 “…it will without a doubt be a savage death mass!”

Born For Burning is ready to “fuck off 2016” and hail the new year with a heavy dosage of Norwegian death metal. Obliteration have been pounding away at posers for over a decade already, and are ready to bring their assault to US soil. They bring with them Reptilian and absolute speed maniacs Inculter to complete the attack. Obliteration put together a playlist to prepare LA for total destuction. PLAY LOUD, PLAY PROUD, NO WIMPS.

“Here’s a small selection of what Obliteration are currently spinning. Each member picked 3 tracks each. We are extremely psyched to be playing in LA in February, it will without a doubt be a savage death mass! Sorry for the overload of death metal, but that’s just where it’s at right now. TOTAL DEATH! ” 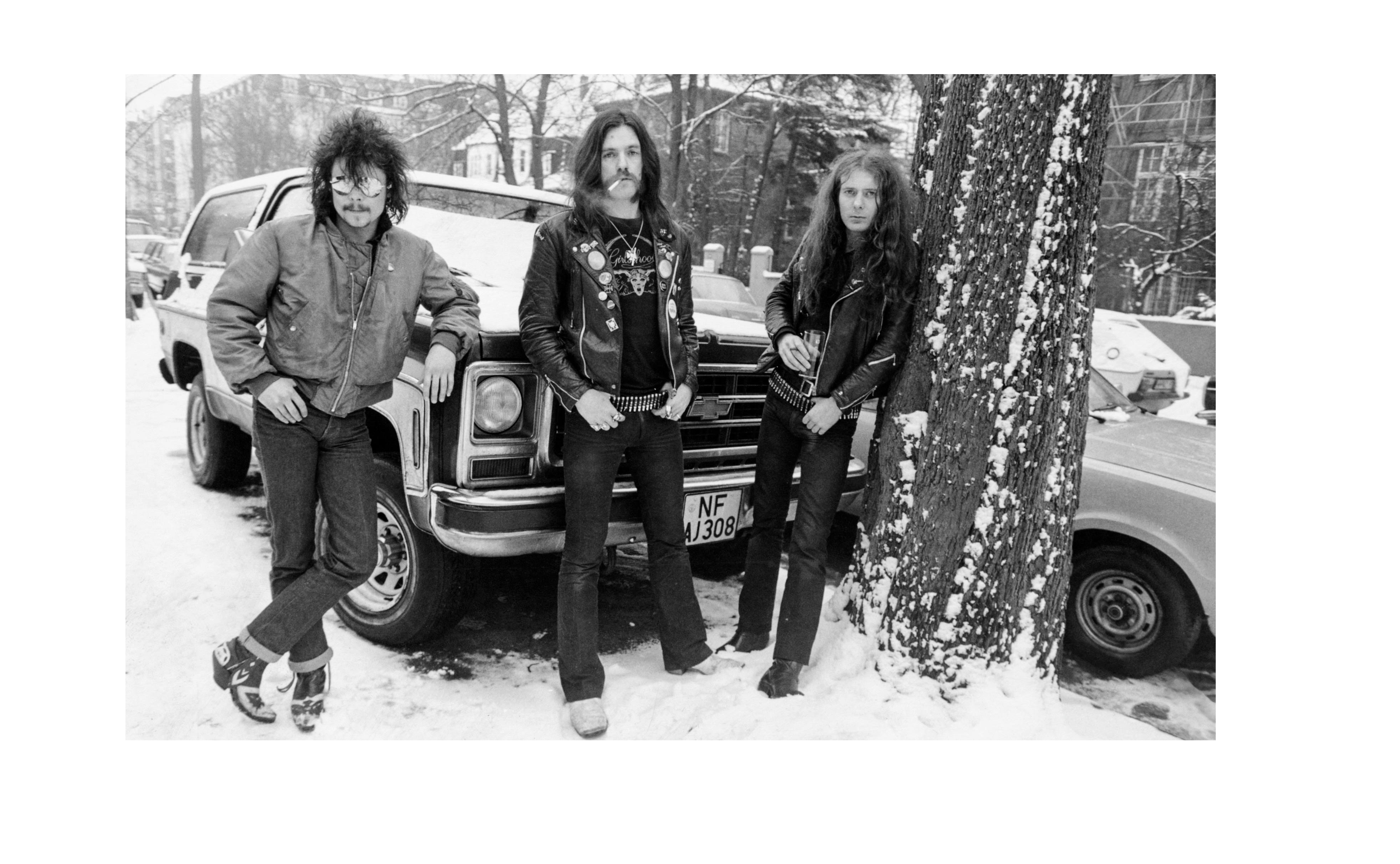 2016 coming up on a close, and with it, brings the first anniversary since Lemmy’s passing. The quintessential definition of everything your parents told you not to become, Lemmy not only played rock’n’roll, but thrived in it and showed us all that life is better lived when the music is good and loud. He played faster and louder than everything else, and was the guiding light for all of us, never steering us wrong and always there with words that cement your conviction and make sense of a nonsensical world. We wont drag on why Motörhead means so much to all of us here at Born For Burning, but we will however share with you songs that keep the fire burning bright within us. We expect all of you out there to live a little Lemmy on the anniversary of his passing and throw on your boots, grab a jack and coke and live life fast and loose. Turn everything to number 10. Motörhead forever

EXCECUTIONANDREW “no  surprises or deep tracks from me”:
Iron Fist
Heart of Stone
The Hammer
Bomber
Overkill

HEABYMETAWHUNTA: “You got yours and you know that I’ve got mine”
The Chase is better than catch
Fast and Loose
On Parole
Limb From Limb
Stay Clean

ACALLFROMTHEGRAVE “When I missed California, I would sit in my room and dream of these things”:
Iron Horse/Born to Lose
America
Speed Freak
Build for Speed
Mean Machine